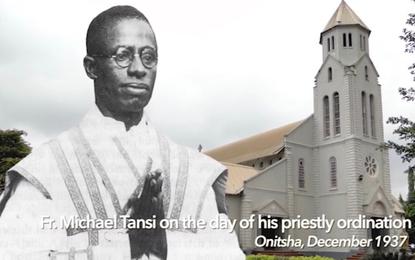 1937 –1939:  Father Michael Tansi is assigned to Nnewi as Assistant Priest to father (later Bishop)John Cross Anyogu.
1939 – 1945: He becomes the pioneer Parish Priest of Dunukofia. He founded pre-matrimonial women center of St. Anna (those already married in traditional way)and St. Mary (those not yet married)and mission boarding school for boys​​

​1945 –1949: He is transferred to Akpu/Ajalli as Parish Priest.
1949 – 1950: He is assigned to his hometown as Parish Priest.
1950: He begins his monastic journey with a pilgrimage to Rome.
2 July 1950: Accompanied by Archbishop Heerey, he arrives at Leicester, in the Cistercian Monastery of Mount St. Bernard England.

In 7 January 1912: Young Iwene was baptized and given the name Michael.
Years later in 1919 He obtained his First School Leaving Certificate at St. Joseph’s School Aguleri. This certificate makes him eligible to teach.

20 January 1964: He dies at the Royal Infirmary of Leicester.

​22 January 1964: Requiem Mass and burial of Brother Cyprian in the cemetery of the Monastery.
20 January 1974: Commemoration of the 10 anniversary of his death. Mass at Holy Trinity Cathedral. Archbishop Francis Arinze begins the spadework on the possibility of promoting the cause of Tansi’s beatification and in 1978 he appoints the local postulators for the cause.
21 June1985: Archbishop Stephen Ezeanya obtains the Vatican permission to transfer the opening of the Cause from the Diocese of Nottingham to the Archdiocese of Onitsha. And also a Vatican nihil obstat for the opening of the cause proper.
20 January 1986: Archbishop Stephen Ezeanya constituted the Archdiocesan Tribunal and opened at Onitsha the Informative Process in the Cause of Fr. Iwene Tansi. He also conferred on him the title  SERVANT OF GOD. He made a request for his remains to be brought back to Nigeria.

Group of Priests and Seminarians

Opening of the Cause at Onitsha.

1920: He begins to teach in the same school where he graduated. After a year he was transefered  to Holy Trinity School, Onitsha.

1923: He returns to Aguleri to become the headmaster of St. Joseph’s School 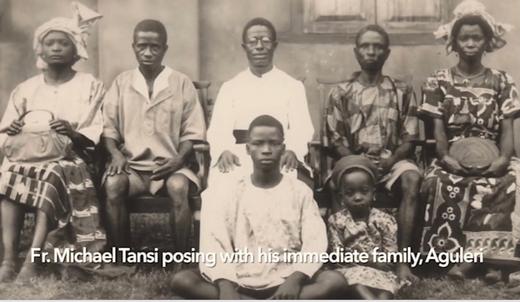 Father Tansi's Family
He has three brothers: Ifekwunigwe (”there is strength in numbers”), Obadiegwu (later baptized as Vincent), Ekemezie (Stephen), and a Sisiter Obinma
Get more datails of Tansi's Family, old Aguleri and its early Missionaries his book tilted ENTIRLY FOR GOD by Elizebeth Isichie.

1925: He enters St. Paul’s Seminary, Igbariam to study for the priesthood.

WHO IS FR. TANSI? 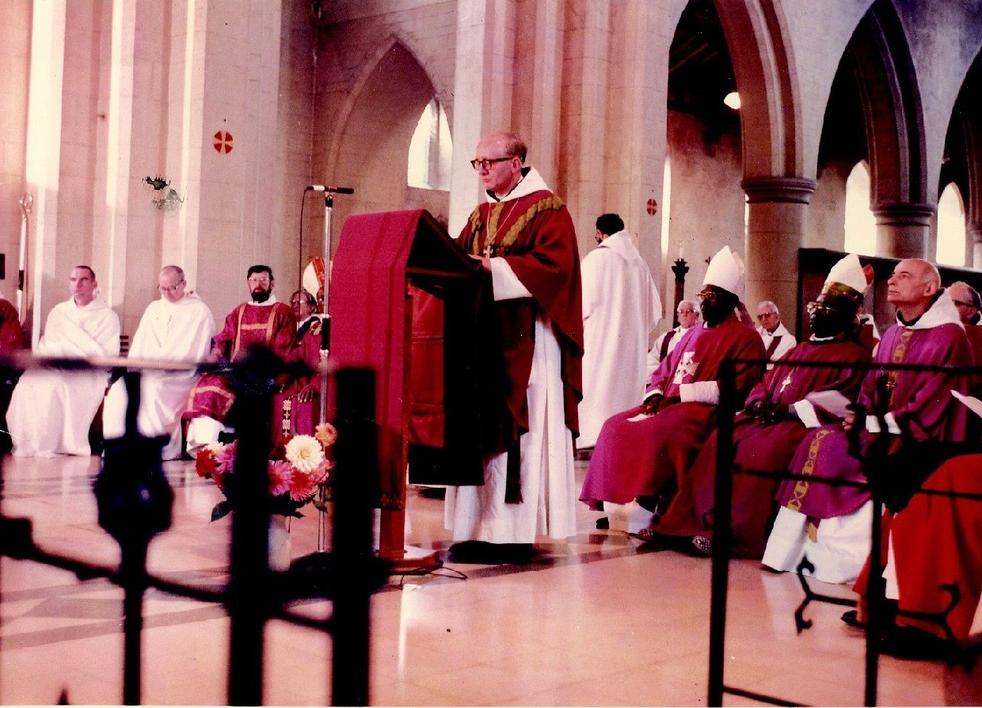 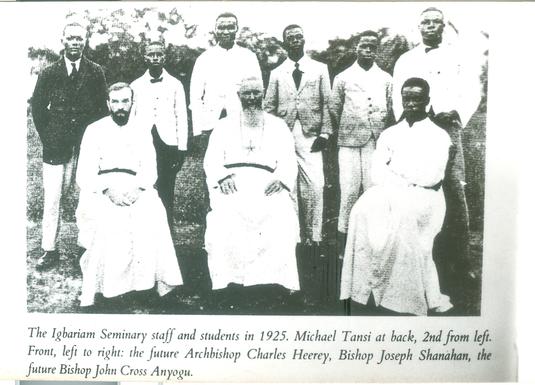 REV. FR. MICHAEL IWENE TANSI.
His Ordination in December 1937
He was ordained a Priest by Bishop Charles Heerey at the Holy Trinity Cathedral, Onitsha. His two other companions are: William Obelagu and Joseph Nwanegbo.

September 1903:  A baby boy is born to Tabansi (name meaning, “continue to bear evil patiently”)of Igboezunu Aguleri and his wife Ejikwevi of Nteje. This child was given the name Iwene (in full, Iwemaduegbunam, meaning, “let human malice not kill me”). He has three brothers: Ifekwunigwe (”there is strength in numbers”), Obadiegwu (later baptized as Vincent), Ekemezie (Stephen), and a sister: Obima.

Read more about Fr Tansi's Family and early years life in his book Pursuit for Holiness.

1909:   Small Iwene is sent by his parents to the “Christian village” of Aguleri to live in the house of his maternal aunt and cousine (Robert Orekie). He began his primary school education.