Oblate of the Monastery 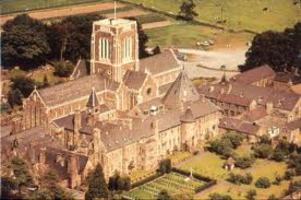 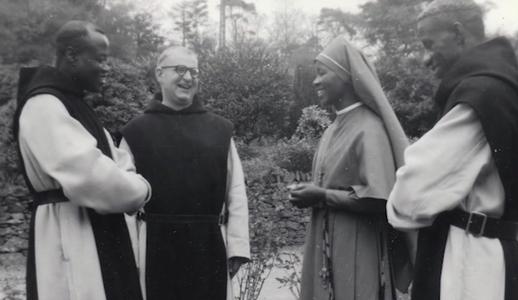 An historic Image drawn from the Citercian achieve illustrating Blessed Iwene Tansi days in the Monastry.

Front View of the Cistercian Monastery 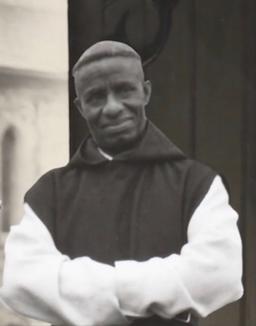 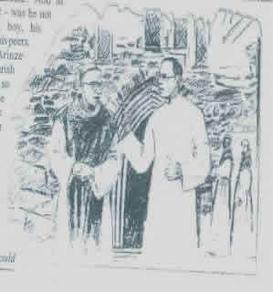 From the Right is Fr Tansi, At the left is Fr Mark Ulogu, Followed by Sister Eucharia Anyaebunam, And A British Fr. 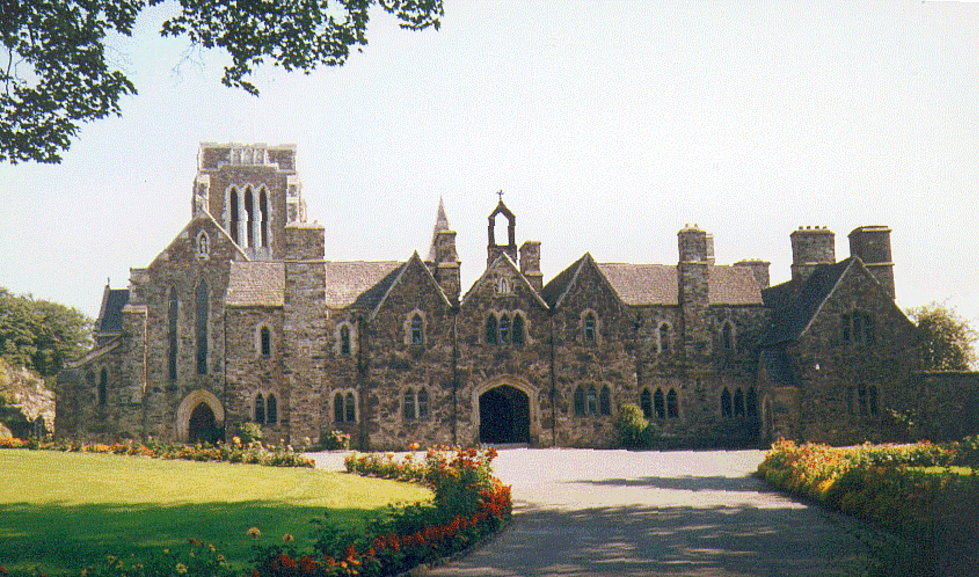 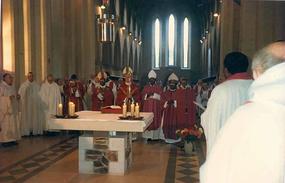 The Abbey of Mount St Bernard is the only Cistercian abbey in England and was founded in 1835 on land given by Ambrose March Phillipps de Lisle. A small group of monks took up residence in Tin Meadow House and were soon joined by other men wishing to be part of this first monastic community in England since the Reformation in the 16th century. By 1837 they were living in a new monastery designed by William Railton who was responsible for other buildings in the area such as Grace Dieu Manor and Beaumanor Hall as well as Nelson's Column in Trafalgar Square in London.
The Earl of Shrewsbury was so impressed with the monastic community that he offered to build them a more permanent monastery and Augustus Welby Pugin offered to design the building free of charge. The new monastery was opened in 1844 on the site where it still stands but Pugin's design had to be left unfinished because of the cost and it was not until 1935 that work began to complete the abbey church. Pugin's plans were not used for this new part of the abbey but those of a Leicester architect, Albert Herbert.
The Prior, Dom Bernard Palmer was elected Abbot in 1848 when the community was raised to an abbey and he became the first mitred abbot in England since the Reformation. A simple, holy man who loved the poor, he was widely known throughout the land.
The Abbey has seen many important visitors including Wordsworth, Florence Nightingale and Gladstone but the poor are welcomed too and A. Cruikshank wrote in the 19th century
"To everyone is given soup and bread. When times are bad, and winters cold, or when neighbouring collieries are closed, poor people will come from villages and even town six or eight miles distant, for nowhere else can they be sure of finding an abundant meal. Even at ordinary times the daily average of applicants is said to be about sixty."
Further reading: A Pugin Monastery; Mount St Bernard Abbey; The Early Years by Tucker and Havers 2002. Available from the shop at Mount St Bernard Abbey or Charley Heritage Group.

The south front of Mount Saint Bernard Abbey, ca. 1990. Pugin completed the western portion of the church (left of the tower) and the cloister area attached to it. Between 1934 and 1939 architect Albert Herbert of Leicester added the transepts, tower, and eastern nave. Pugin's son, Edward Welby Pugin, completed the octagonal chapter house south of the tower transept in 1860. (Courtesy of the monks of Mount Saint Bernard Abbey).

Fr Micheal Cyprian Iwene Tansi was Accompanied by Archbishop Heerey, they arrived at Leicester, in the Cistercian Monastery of Mount St. Bernard England.  In 2 July 1950
1950 – 1952: Oblate of the Monastery
Novice 8 July 1953: He takes the simple vows, becoming Brother Cyprian.  and in .8 July 1956: He took the solemn vows. 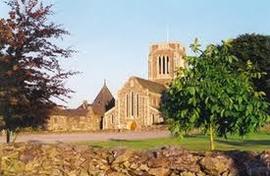 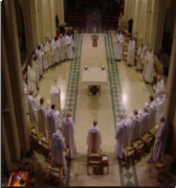